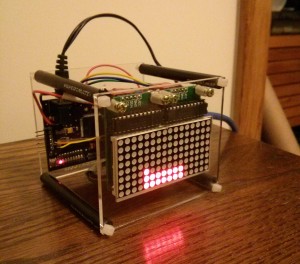 The home and small business routers these days that us geeks would be interested in buying are shipping with SNMP server functionality built in as standard, and when their not there’s normally some way of breaking into the Busybox Linux distro (that most of them use) and installing some kind of SNMP daemon.

However there’s always cases where that options not available for some reason or another, in these cases you can use a setup like Kurt’s, where he decided to build a passive bandwidth monitor (even through the router in his pictures does support SNMP?!).

See a basic video of it in operation here:

The basic setup consists of a passive network tap; This is basically just a fancy way of saying that you’ve cut into the pairs of a Cat5e network cable and added in an extension of the pairs to your own device. The device that you add in should be doing nothing other than monitoring, so that it’s not transmitting any data on to the cable that would confuse the other two host which assume their are directly connected to each other with no other hosts on the network segment. The limitation of this setup is you need physical access to the cable, and due to the nature of high speed ethernet it would only work on 100Mbps connections or less.

The electronic brains behind the setup is a ENC624J600 chip to interface with the ethernet layer, chosen because of it’s raw ethernet functionality, this was connected up to an Atmega128 using the SPI interface which would run the core code to count packets and plot on the LED display.

To have a look at Kurt’s full write up on the project, head over to here. 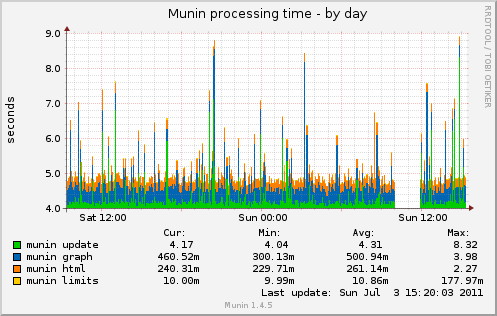